Istanbul is a city with a special place in many people’s hearts. Along with people who live in Istanbul, those who visit here love this city a lot. Because this city has a very unique vibe and there are many different things to do in Istanbul. For example if you love partying you can visit many great bars and clubs in Istanbul. Or if you want to relax while having some snacks and a nice cup of coffee, there are many cafes in Istanbul to choose from. However, what is really special about this city is the unique culture of Istanbul. Among many other things, the whirling dervishes show is a great opportunity to experience this beautiful culture. Here on this blog post you can learn more about this show. So, let’s get to it and discuss the significance of this show and learn where to see one.

What Is A Whirling Dervish? 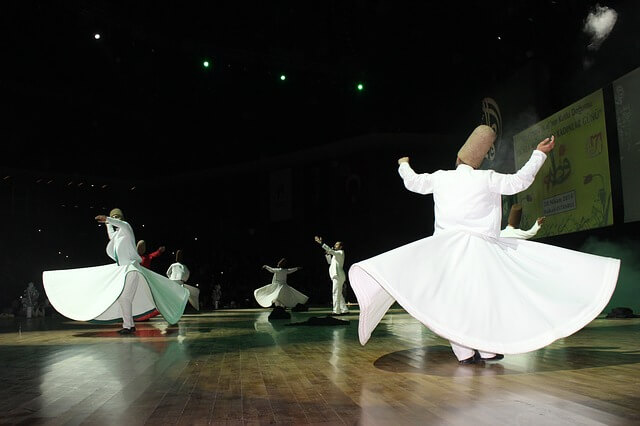 Before you see a whirling dervishes show, you may wonder what a whirling dervish actually is. Basically whirling is the way people belonging to a certain religious fraternity meditate. You may also have heard of this form of active meditation as Sufi whirling. The history of Sufi whirling goes way back to the 13th century. As a mystical practice in Islam, Sufism became popular among Turks who were building states in Anatolia at the time.

Rumi, who is a very esteemed mystic who lived during the 13th century, founded the whirling dervishes. Dervish simply means someone who is a member of a Sufi fraternity. With the origins of the name “dervish” meaning something along the lines of “poor”, they consider themselves fully dependent on God. They practice “dhikr”, which is a form of Islamic meditation that involves repetition. Whirling is one of the ways members of certain Sufi groups practice dhikr.

What Is The Point Of The Whirling Dervish? 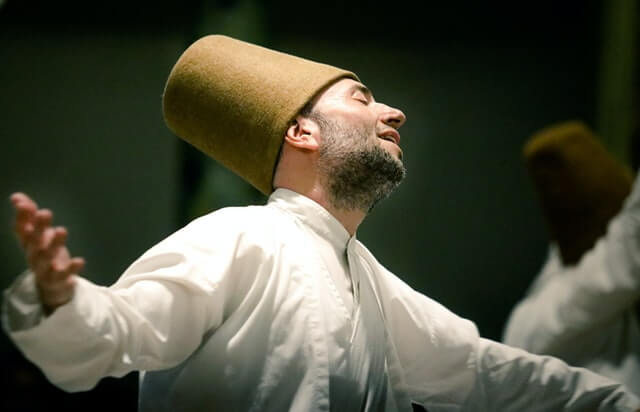 When you see a practice like this, you might wonder what is the point of it. Moreover, you might be wanting too know the significance of this interesting spectacle. Basically this practice, as well as this show, is quite a good way to experience a unique cultural sight. This is a practice that people have been doing for around 800 years.

The reason why some dervishes do such an activity is basically because this is a form of worship. They do this as a form of religious ritual and it is an important part of their belief system. Also, the practice symbolically represents the creation of the universe and the humankind. The practice supposedly makes the practitioner feel a sense of exaltation.

Over many centuries, the practice became more refined and many rules around it developed. Then the ceremony was embraced as a cultural heritage. Today UNESCO considers whirling dervishes an intangible cultural heritage of Turkey.

Why Do Whirling Dervishes Not Get Dizzy? 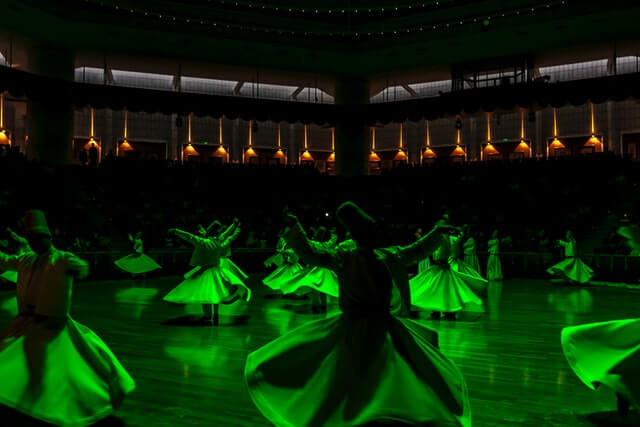 One very common question about whirling dervishes is whether they get dizzy or not. And many people probably ask this question because they think that the practice is just about whirling mindlessly. However, this is a practice with certain rules and methods. Dervishes who practice this form of worship go through training over many years.

During their training, they get their bodies used to the activity with a gradual process. In the beginning, people who do this ritual may feel dizzy. However, as they get the hang of the technique, the feeling of dizziness goes away. The crucial thing to remember here is that people who do this activity see this as more than whirling around. So they think about God in the process and think about certain ideas as well. Therefore, this activity has more than just the physical part of it.

How Can I See Whirling Dervishes In Istanbul? 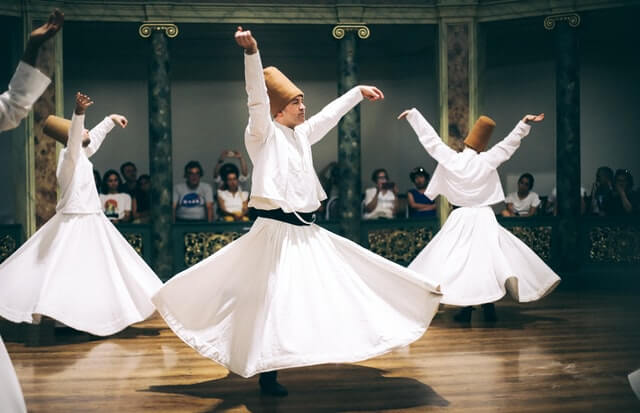 Since we have discussed some very interesting points about whirling dervishes, you may be wondering where to see this show firsthand. Among many different places where you can watch this show, “Hodjapasha” is among the best ones.

The place is in Fatih and it is close to the Sirkeci railway station. You can watch the whirling dervishes show here by booking online. During most of the year you can watch the show here everyday at 7 PM. However, this may change from time to time. Currently, the ticket price is 250 TL and the show lasts about 60 minutes.