Istanbul History: A Look At The Past Of This Great City

If you are planning on travelling to somewhere that is going to give you a great experience, pick Istanbul. Because this city has a lot to offer to its visitors with its unique features. There is a lot of things to do in Istanbul and the city gives you a lot to explore. And out of all the things to explore, Istanbul’s history is one of the best. Since the city has been around for a long time, it has many historical sights. For example, Suleymaniye Mosque and Maiden’s Tower are some of the most popular ones. Also, just by walking around on the streets of Istanbul, you can actually start feeling this vast history.

When you get to learn about the history of a place, you appreciate that place even more. Therefore, if you’re planning to come to Istanbul, you must read this post. Because we are going to help you understand why Istanbul is an important city, culturally and historically. Firstly, we will check out a simple timeline of the history of this place. Then we will take a look at why the city was important in history. All in all, this is going to be an educational and entertaining experience. So, let’s dive in and learn about the past of this great city.

Mainly Istanbul’s strategic location made it a very significant place for many civilizations through history. Therefore, the city’s history started in ancient times with some settlements. Then, all through history it kept its importance and became the city that we know today.

Researchers have found some prehistoric sites in Istanbul. So people have been living in this city even before recorded history. Then, ancient Greeks established numerous cities around this location. “Lygos” was the first one that we know about. After that came the city of “Byzantium” which Greek settlers founded in 7th century BC.

As Roman Empire was growing in size, they also conquered Byzantium, which was a Greek city. Although there was a lot of damage due to the conflict, they rebuilt the city soon after. During Roman times, Rome was the center of the Empire and it cast a shadow over the glory of Byzantium. When the empire split in two, however, the city quickly became the center of the Eastern part. Emperor Constantine chose Byzantium as the capital of Eastern Roman Empire and its name became Constantinople. Reasoning behind that decision was that the city was a great center of trade and easy to defend.

Under the Eastern Roman rule the city became more and more important. Throughout centuries, it endured many sieges but noone managed to conquer it. However, Ottomans were becoming more dominant in the region during 13th and 14th centuries. Then, in 1453 they finally took the city mainly due to their strong siege equipment and cannons. After that the city became the capital of Ottoman Empire and stayed that way until the end of the empire in 1922.

When the Ottoman Empire fell, Turkey needed a capital that was more near the center. So, Istanbul was no longer the capital of the country. Also, even to that day, the name “Istanbul” was not popular. Therefore, the government forbid the use of “Constantinople” to refer to the city during 1920s and 1930s. Even though it was no longer the capital city, Istanbul kept being the commercial center of the country. Then, as time went by, it became the great and beautiful city that we know.

Why Is Istanbul Important In History? 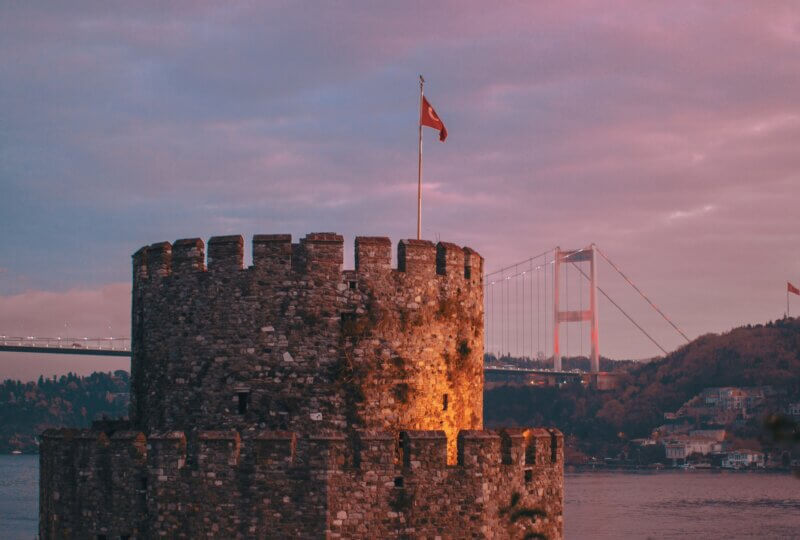 Throughout its history, Istanbul kept being an important place for the region surrounding it. Not only that but it was also important globally all through history. The reason for that is mainly due to the geographical location of the city, making it a great center of trade. Because it connects Asia and Europe, both culturally and commercially.

Control of trade from Asia to Europe was a crucial thing in the past. Also, its easy access to Black Sea, Aegean Sea and the Sea of Marmara was another reason. Since it was surrounded by water, defending the city was quite easy. For all these reasons, Istanbul always had an important place in history.