One of the most iconic symbols of Istanbul is the Maiden’s Tower. It is a beautiful place that has a long and rich history as well as legends surrounding it. Originally, it was a functional structure serving a purpose, nowadays it is a beautiful icon of the city. What makes it an important place is its beauty, the history behind it and interesting stories about it. Here with this blog post you can find out about all of these aspects of this iconic structure. Also, you can learn how to get to this place on your next visit to Istanbul.

When you are at the right place, you can look at the Bosphorus strait and see this gorgeous tower. Then, you can find yourself having watched it for hours. The tower’s beauty alone is enough to captivate your attention. Most people in Istanbul know about this effect of Maiden Tower. And this is one of the reasons why they cherish it so much. After you learn more about it, you will probably start feeling the same way. So, without further ado, let’s start learning about this incredible building.

What Is The Story Of Maiden’s Tower In Istanbul? 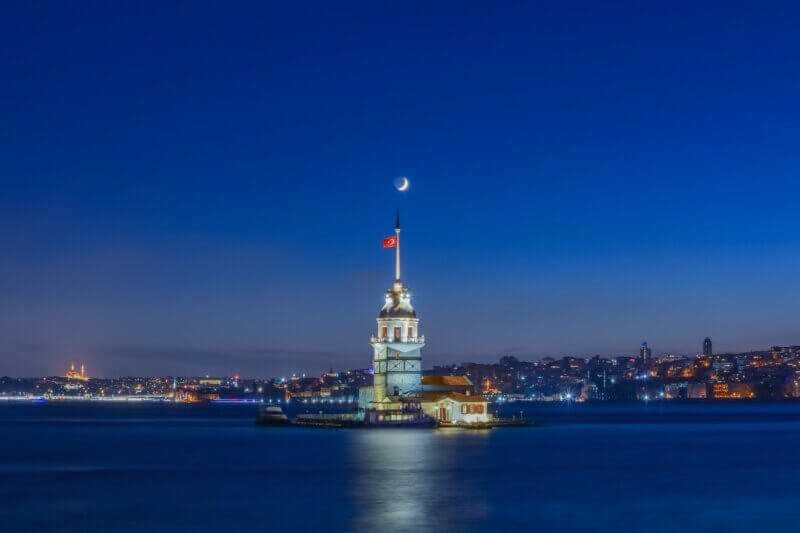 This beautiful structure has a very long history and many legends and stories about it. Before getting to its history, let’s talk about these legendary stories. Since the Maiden Tower has been around for a long time, many cultures had many different legends about it. Greeks, Romans, Byzantines and Ottomans had various stories to tell about the Maiden’s Tower.

According to a very famous legend, a king learned about a prophecy about his daughter’s future. The prophecy said that his daughter would die of a snake bite when she turns 18. Fearful of this prophecy, the king had the tower built and put his daughter there to protect her. Years passed and the princess turned 18. King was so happy and he went to the tower with a basket of fruits to celebrate. Unfortunately, a snake came out of the basket and bit the princess. Therefore, the prophecy came true and the tower was named after the girl.

Who Built Maiden’s Tower? When Did They Build It? 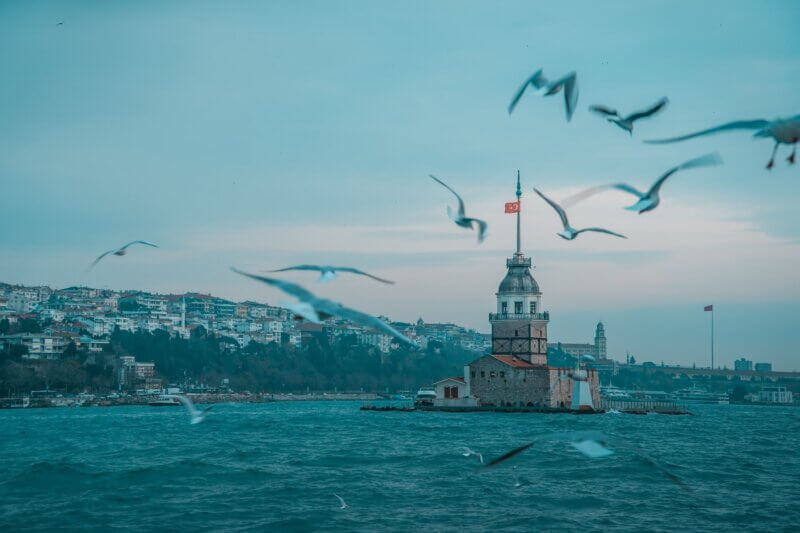 Now let’s learn about the history of the Maiden’s Tower. Out of all the historical landmarks in Istanbul, this one is among the most mysterious ones. Also, it is much older than it looks. During 5th century B.C. Alcibiades, an Athenian commander, built a customs stop on the small island where Maiden Tower is today. Then on the year 1110, Byzantine Emperor Alexios I Komnenos built a tower on the same place. However, the tower was a simple wooden tower with a stone wall surrounding it.

After Ottomans took control of Istanbul, they started restoring and protecting the structure. From earthquakes to fires, many disasters happened to the tower . However, different Ottoman Sultans, including Mehmed the Conqueror and Mahmud II, kept rebuilding the Maiden Tower over many centuries. The most recent restoration was during the years between 1998 and 2000.

What Was The Maiden Tower Used For? 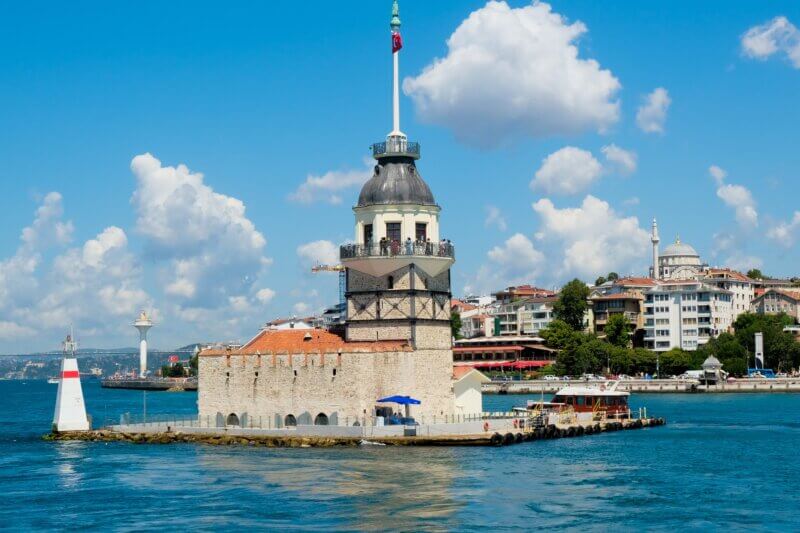 After Ottomans took control of the city, they didn’t use the tower for practical purposes, except for rare occasions like ceremonies. But before that both ancient Greeks and Romans used it for important reasons. Some of these reasons included things like:

How To Get To Maiden’s Tower 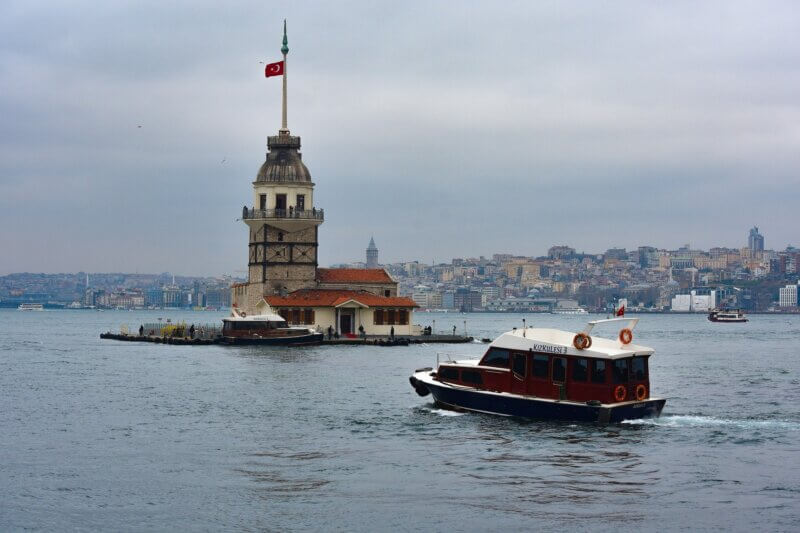 One of the must-see places in Istanbul is Maiden Tower. However, maybe seeing is not enough for you and you want to visit it, too. Today, it is a museum and you can also check out the cafe and restaurant in it. Just remember that you will need to make a reservation if you are planning to visit there for dinner. In order to get there you can use the boats setting sail from Salacak or Kabatas Ferry Dock.

The tower is about 200 meters from the coast of Uskudar, close to Salacak neighborhood. So, with the boats from Salacak it is quite quick to get there. Also, they are available everyday from 9 AM to 6 PM. There is an entrance fee to visit Maiden Tower, however, it is very cheap. So, don’t forget to visit this alluring place when you come to Istanbul. Just go to Kabatas or Salacak and take a boat to quickly get there.