The Heart of The Anatolian Side: Kadikoy

Kadikoy; Kadikoy, which is the heart of the Anatolian Side of Istanbul with its lively and colorful neighborhood life, bazaar, student population, cultural and artistic activities, nightlife, shopping centers, historical buildings, seaside recreation, and eating places, and ferry ports, is at the entrance of the Bosphorus. It is one of the popular districts of Istanbul. Kadikoy is also an important junction of sea transportation in Istanbul. 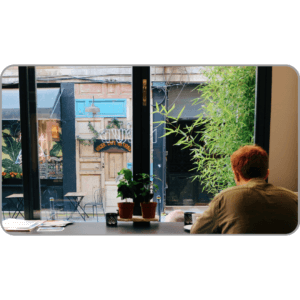 When we look at the history of Kadikoy, one of the leading districts among the places to visit in Istanbul, Kadikoy is the ancient settlement of Chalcedon and A.D. We see that the 5th-century Christian world hosted important consul meetings. Today, Kadikoy offers beauties to its visitors with its yacht clubs and marinas, wide streets, countless shopping opportunities, and beautiful beaches.

The most important and popular area of Kadikoy is Kadikoy Bazaar and Bahariye Street. Kadikoy Bazaar area is also called Beyoglu of Anatolia. There are many shops and stores in Kadikoy bazaar, from greengrocers to fishers, from spice shops to patisseries, restaurants, and cafes. At the same time, Kadikoy is among the first places to visit. 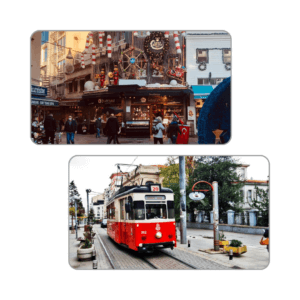 When you go from here to Bahariye Street, we come across another popular street, Artists Street. There are also shops where many painters, ceramic masters, and sculptors both produce and sell their works.

Bahariye Street, which is closed to vehicle traffic and is one of the popular places of Kadikoy, is also known as Istiklal Street on the Anatolian Side, as it also has a tramway.

The facade of Sureyya Opera House is decorated with carvings of art, tragedy, and comedy fairies, and the interior is equally beautiful and worth seeing. 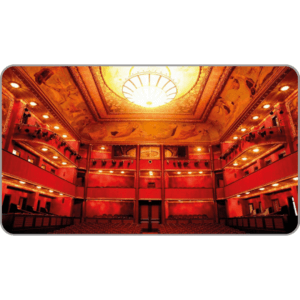 One of the most important symbols and meeting places of Kadikoy, the Bull Statue, located just at the entrance of Bahariye Street, has a fascinating history. Probably not many of us know. It’s actually called the Fighting Bull Statue.

Although there are different say, in summary, the Bull Statue was originally made in Paris in the 1860s by a French sculptor to symbolize the war in which the French defeated the Germans. It symbolizes power.

After Enver Pasha went abroad at the end of World War I, the statue was forgotten in the garden of Enver Pasha’s palace. About 50 years later, it moves to the garden of the Hilton Hotel in Taksim, then to the front of the Lutfi Kırdar Convention and Exhibition Center, and then to Taksim Gezi Park.

Afterward, it was moved to Kadikoy Municipality in the 1970s, and after staying here for about 20 years, it was taken to its current location in the early 1990s. 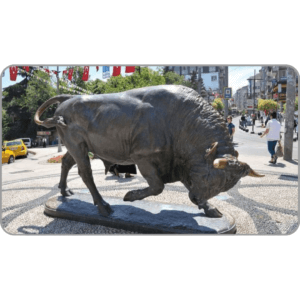 Osman Aga Mosque, one of the beautiful mosques in Kadikoy to visit and see, was built by Babussaade Aga, Osman Aga, during the reign of Sultan Ahmed I (1603-1617). After the mosque, which has a wooden structure, Sultan II. Mahmut renovated it in 1811. 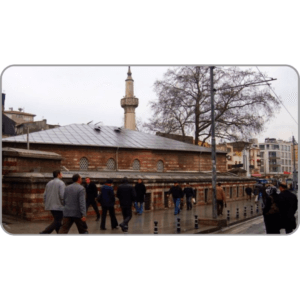 Ayia Efimia Greek Orthodox Church, located in the small square of Kadikoy Bazaar, was first built in 1694, and its history dates back to the 1830s. According to the story, Ayia Efemia did not comply with the worship of pagan gods and chose Christianity, and because of this resistance, she was tortured and killed in 305. 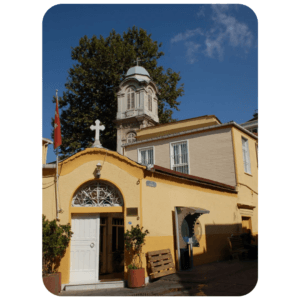 The ancients know. Akmar Passage was an absolute stopover for everyone who came to Kadikoy. It was a passage where heavy metal lovers found cassettes, CDs, t-shirts and had fun in cafeterias and music markets. However, in recent years, Akmar Passage has completely changed and has now been replaced by bookstores. It has become a popular haunt, especially for students and book lovers. 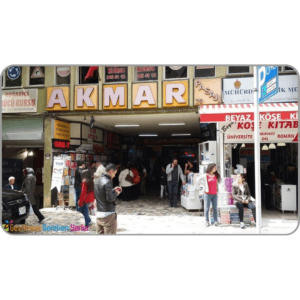 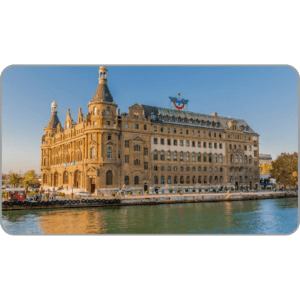 Haydarpasa Station, which first catches the eye with its splendor by those who come to Kadikoy by ferry, was planned and built as a monumental building in 1908 by German architects as part of the railway project from Berlin to Baghdad.

Haydarpasa Pier, right in front of the station, is a historical pier decorated with Kutahya tiles. One of the last works of the Ottoman period. There are city lines ferry services to Haydarpasa from Eminonu and Karakoy.

One of the most enjoyable and beautiful aspects of coming to Haydarpasa by ferry is to observe hundreds of cormorants and gray herons along the mole and feed the seagulls.

On the Haydarpasa side, other outstanding large structures and artifacts are; Of the two large buildings on the hills behind the commercial port facilities, the old Haydarpasa High School with a clock tower and the other large and 4 towered Selimiye Barracks, built in the 19th century. 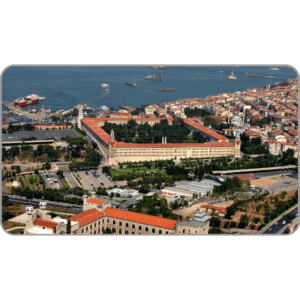 The barracks first got its name from Sultan Selim III in 1799 to establish a new army to replace the Janissaries, who were constantly causing problems.

The beaches of Kadikoy are always crowded, and they are especially popular with young people. When you start from the pier in Kadikoy and walk along the coastal road in the direction of the coast, you reach the famous Moda beach after a while. 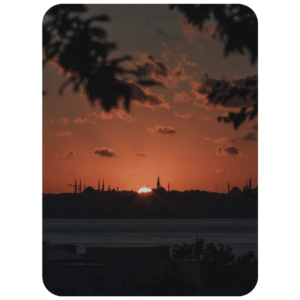 When you come to Moda, the best things to do are take a nice walk by the beach, have breakfast in tea gardens or beautiful places, sit on benches or in beautiful places in the evening, and watch the sunset.

Fenerbahce Park, which is located in a wonderful location by the sea in the Fenerbahce district of Kadikoy, is very popular with its beautiful gardens, walking tracks, and quality cafes and restaurants around it.

Neighboring Kalamıs Marina, the park is located on an island and is connected to Fenerbahçe Cape by a bridge. 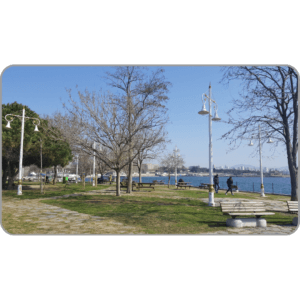 Bagdat Street is one of the most popular streets in Istanbul. Bagdat Street, which has been chosen as the 4th best shopping street in the world in recent years, draws attention with its luxury shops and its entertaining life, especially at night in high quality and luxury cafes and restaurants. 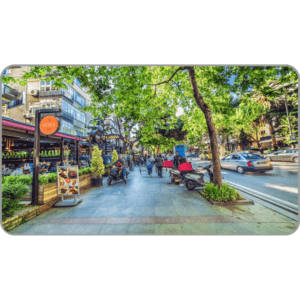