A new expensive and long-awaited location for residents and visitors in Istanbul, Galataport, is ready to welcome visitors. An investment of 1.7 billion U.S. dollars. Galataport Istanbul is considered a major destination project worldwide with a port for cruise ships on a 1.2-kilometer coastline. Istanbul’s new Galataport location is going to turn this historic city harbor into a world-class cruise ship port and tourist destination. And the waterfront is available for public use for the first time in about two centuries!

Thanks to affordable low-rise buildings. Architectural design that incorporates the neighborhood’s historic tapestry. A wide range of transportation options. Galataport Istanbul offers a breathable, healthy and safe environment for culture and art, work and leisure.

Galataport – features of the location

An exemplary project on a global scale, Galataport Istanbul is the world’s first underground terminal with a manhole system. The historic harbor retains its status as Istanbul’s sea gateway to the world.

Another aspect of the project is the 2,400-car underground parking garage, which will help solve the city’s parking problem.

The new location of Istanbul will receive about 25 million visitors per year, including 7 million foreign tourists. Galataport is expected to attract about 1.5 million cruise ship passengers to Istanbul annually. 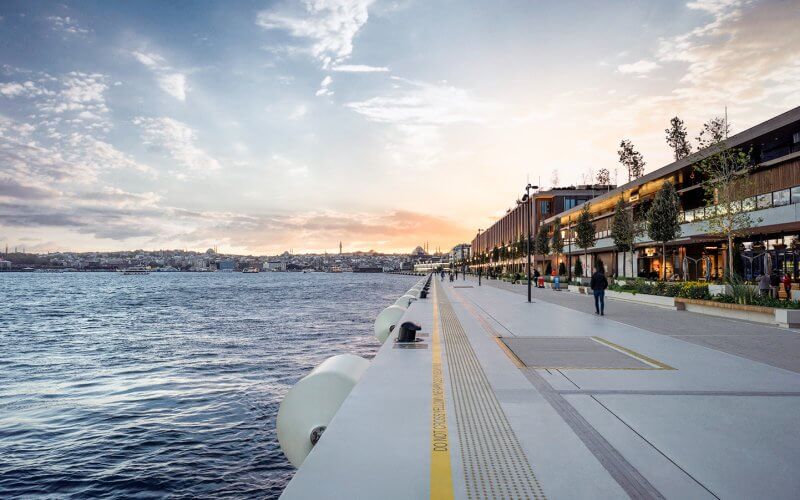 Galataport Istanbul has a total of 250 stores. Some of them are still being prepared for opening, but will soon be ready for your services. About 52,000 square meters of total rentable area is devoted to stores and catering facilities. A new location in Istanbul, Galataport is poised to become the city’s new gastronomic district, with 40 percent of its leasable area devoted to catering.

Located in an area that has been home to many different cultures in the past, it has many domestic and international brands offering a wide variety of Turkish and global cuisines.

Istanbul’s new location – a center for culture, art and design

Galataport Istanbul contains some of the best modern art in Turkey, including the Istanbul Museum of Modern Art and the Istanbul Mimar Sinan University Museum of Painting and Sculpture, both of which are located on its premises. Tophane Square, reconstructed as part of the greening project, will be the first museum square in Turkey.

Decorating the center of the Museum Square is the Tophane Clock Tower, built in 1848. Galataport Istanbul will organize various cultural, artistic and design events throughout the year, which is predicted to increase the number of cultural and artistic events in the neighborhood by 72%.

Respect for the historical heritage

The new Istanbul location includes several historic buildings that are also currently being restored to beautify the city once again.

Among them, the post office, the oldest building on the pier, is one of the iconic symbols of the project with its characteristic slate roofs and facades. Three other historic buildings, namely Merkez Han, Karaköy Passenger Terminal and Çinili Han, are also being restored to house the Peninsula Istanbul Hotel.

As part of the Peninsula hotel chain, which invests in 10 prestigious locations around the world, the 177-room Peninsula Istanbul Hotel will be located right on the city’s historic peninsula.

In addition to the three secured buildings, the hotel also has a newly built ballroom with a guillotine facade that can be opened in just fifteen seconds. Peninsula Istanbul was developed with an investment of 300 million euros and has already brought 150 million euros of foreign direct investment into the national economy. The hotel is scheduled to open in 2022. 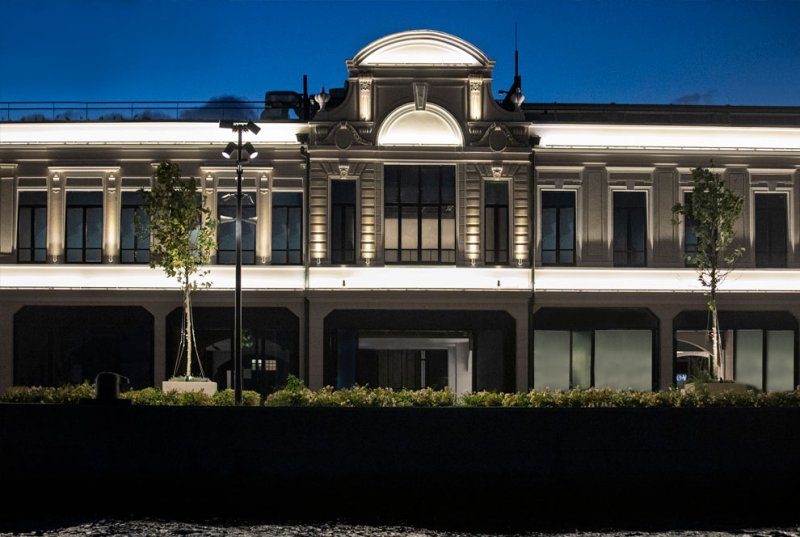 Positioned as a home port, Galataport Istanbul, capable of handling three ships and 15,000 passengers a day. Designed to revitalize cruise tourism in the vast region from the Mediterranean basin to the Black Sea. Galataport Istanbul has a manhole system, the first of its kind in the world, and an underground terminal of 29,000 square meters.

Both of which have already received high international praise. The manhole system separates the customs and security areas (ISPS). When there are no ships docked at the port, creating a temporary customs zone and leaving the promenade open to the public. This innovative application makes Karaköy’s amazing shoreline, which has been closed to public access for some 200 years, one of the best walkways in the city.

It is a must to visit the port in the evening to admire the chic panorama of the city and get a closer look at the huge snow-white cruise liners – a truly impressive sight.