Istanbul is a place where East and West meet, where different cultural and religious traditions are intertwined in an amazing way. Even its geographical location on the border between two parts of the world; Europe and Asia – makes it special. Istanbul is also unique for its complicated history.

At least because I managed to visit the capital of two great powerful empires; the Byzantine and the Ottoman. It is not surprising that the city has a lot of monuments and artifacts that preserve the memory of a rich history and a variety of cultural traditions. 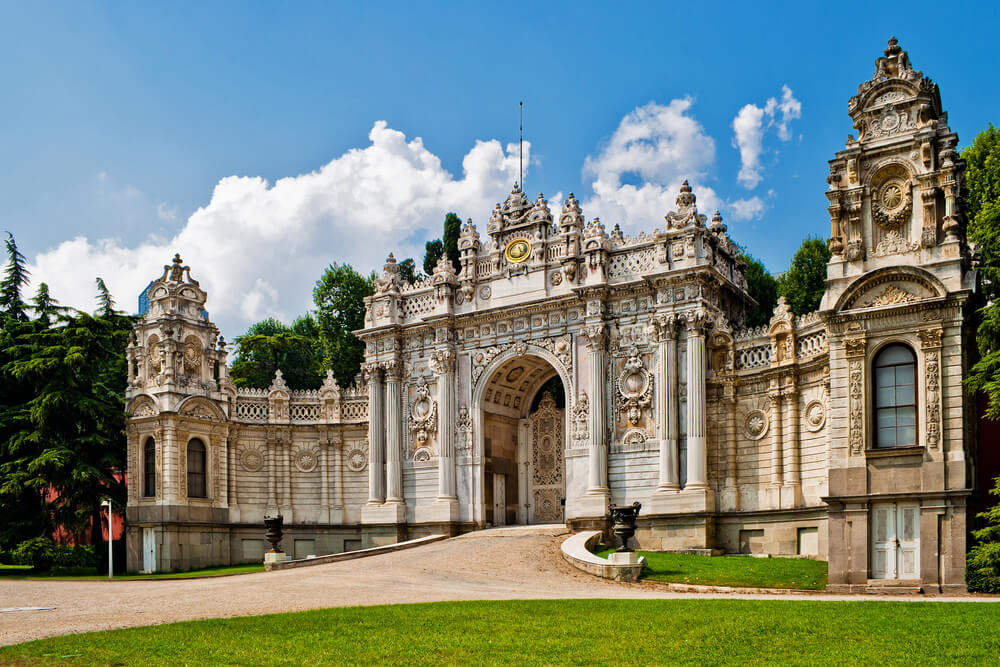 Of course, the museums of Istanbul are special guardians of the historical and cultural heritage. Various expositions allow you to immerse yourself in different eras and get acquainted with the amazing past of ancient Byzantium, the great Byzantine Constantinople, Turkish Istanbul. But not only the past is “preserved” in Istanbul museums! They feature a wide variety of collections-from the luxurious chambers of the sultans to exhibitions of toys, cars or chocolate. Expositions can be found for almost every taste! So, here they are, the best museums in Istanbul… 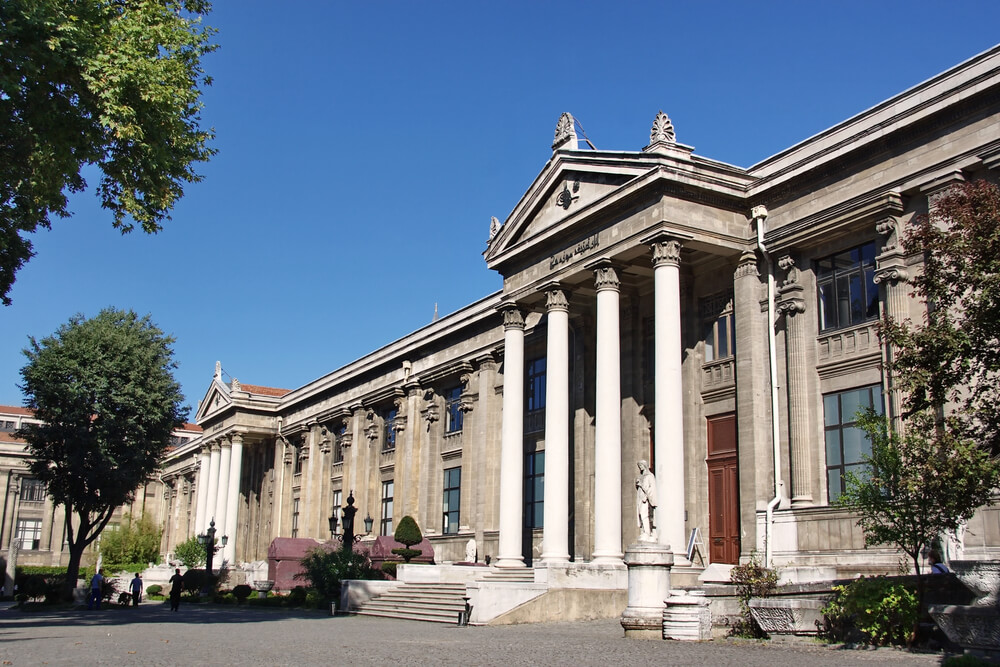 A real archaeological treasure trove, the collection of which contains more than a million exhibits-monuments of different eras and cultures. A rich collection of sarcophagi, including the famous Sidonian sarcophagus or the sarcophagus of Alexander the Great, artifacts from Troy and the ancient civilizations of Mesopotamia, Asia Minor, coins, orders, seals, statues, obelisks, busts of ancient Greek gods, cuneiform tablets-there is definitely something to see.

Part of the museum complex is also the Tiled Pavilion, where the Museum of Turkish Ceramics is located. It is interesting not only the exposition that is placed in it, but also the building of this pavilion itself. Both inside and outside, it is decorated with Iznik tiles of amazing beauty and elegance. 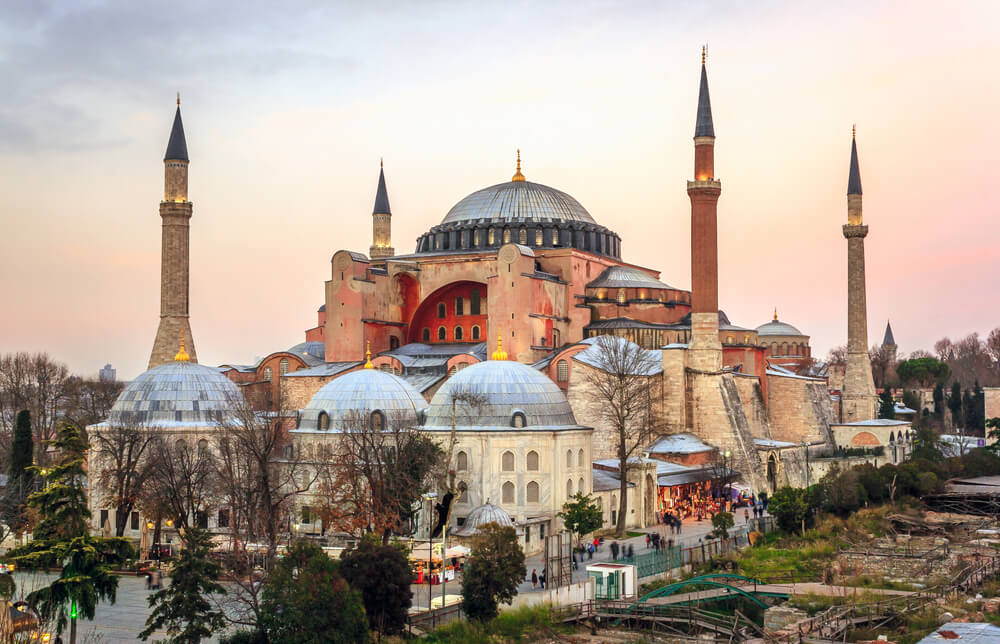 Until recently, one of the most popular museums in Istanbul was the famous Hagia Sophia. For thousands of years, it was an Orthodox church, the main cathedral of Byzantium. Since 1453 and for almost 500 years – the main mosque of the Ottoman Empire (during this period, four minarets were added to the building, and some Byzantine mosaics were partially covered with plaster). In 1934, the founder of the secular Turkish Republic, Kemal Ataturk, made Hagia Sophia a museum as a sign of goodwill towards Western countries.

Subsequently, the museum was included in the list of UNESCO cultural Heritage sites. And in July 2020, it was returned to the status of a mosque. But although technically it is no longer a museum, we cannot fail to mention this attraction in our selection. 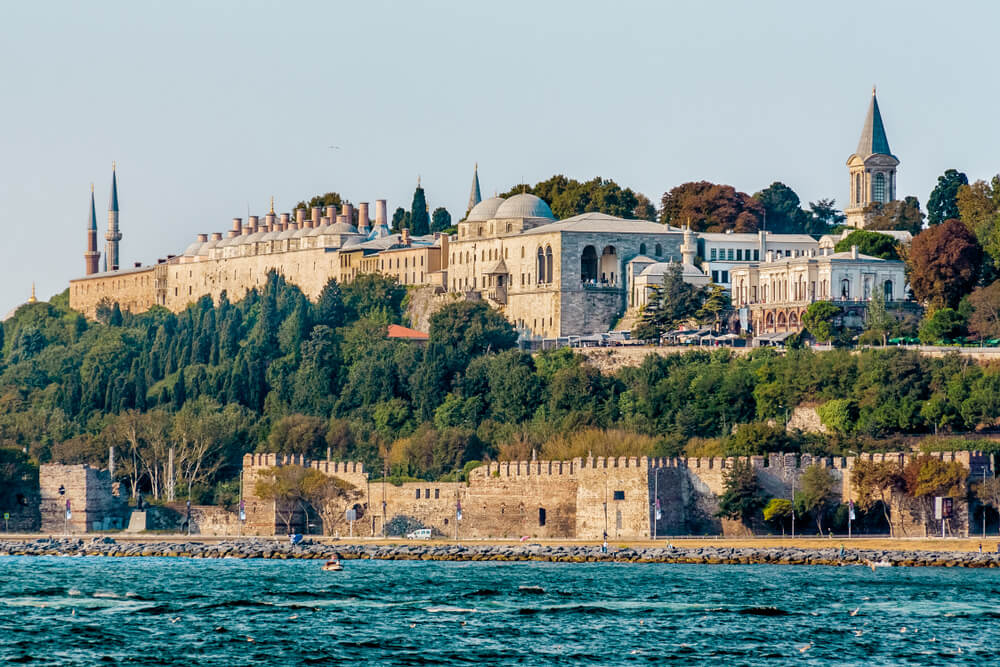 For almost 400 years of its 600-year history, Topkapi Palace was the residence of the Ottoman sultans, as well as the administrative center of the Ottoman Empire. Since 1924, it has been transformed into a museum, one of the largest by area in the world and one of the most popular in Istanbul. Buildings of different centuries, monumental gates, pavilions, towers, fountains, mosques and other palace buildings, which are located in the four courtyards of the Topkapi complex, are themselves museum exhibits.

Here you can see bright examples of Ottoman architecture, amazing beauty of the interiors, decorated with intricate paintings, elegant lattices and the famous Iznik tiles. But in addition to the palace buildings themselves and their interiors, various collections presented inside the individual buildings of the palace are also interesting.

The richest exposition of the Topkapi Palace includes, for example, collections of jewelry, ancient weapons, Chinese porcelain, kitchen utensils, watches and much more, you can spend a whole day on a careful inspection of all the expositions! 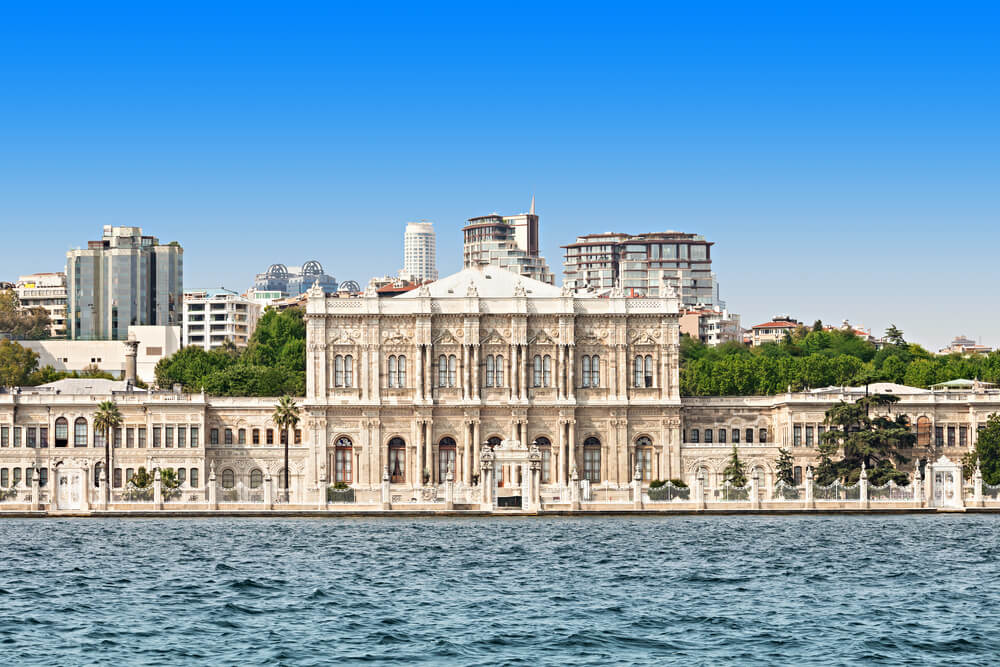 The luxurious residence of the Ottoman sultans, which rivals the pomposity of the best palaces in Europe. It combines European luxury and Oriental splendor.

Six sultans managed to live in the Dolmabahce Palace, and after the fall of the caliphate, the first President of Turkey, Kemal Ataturk, chose it as his headquarters and place of residence. Today, a museum is located in the former residence of the Ottoman rulers. 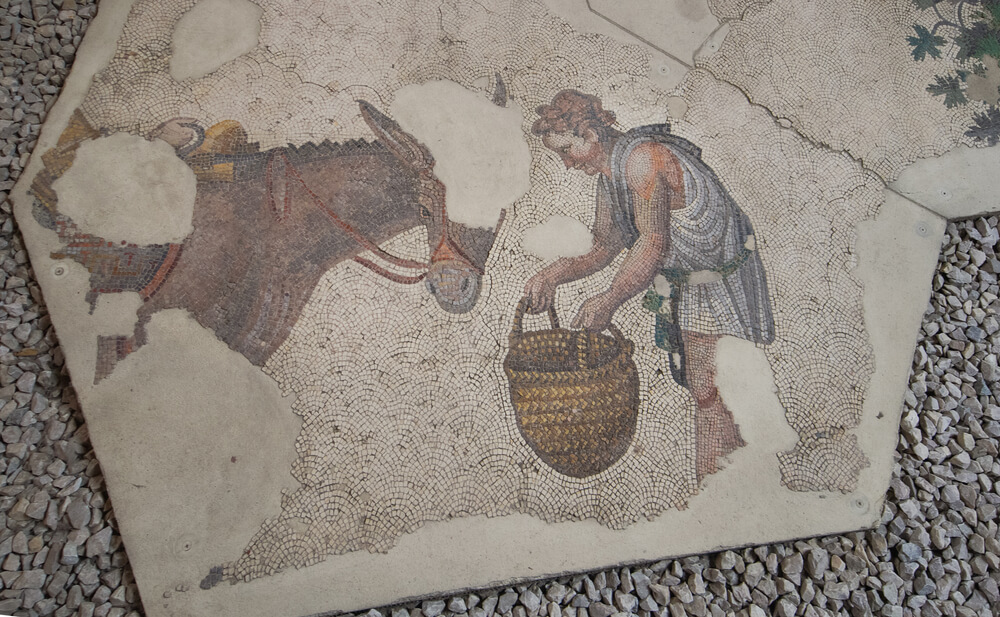 Almost the only thing that tells about the beauty and grandeur of the Grand Palace, the former residence of the Byzantine emperors, which has not survived to our time, is its mosaics. After all, after the pogrom organized in Constantinople by the Crusaders in 1204, and then during the period of Turkish rule, all this Byzantine luxury practically remained only memories: the Blue Mosque and many other Ottoman buildings were partially located on the former territory of the Grand Palace.

However, in the 1930s, archaeologists discovered here, unique mosaics of the V century and the remains of the palace premises. As it turned out later, these are fragments of the peristyle, that is, a covered gallery with a colonnade, located in the inner part of the palace. At this place, it was decided to arrange a Museum of mosaics of the Grand Palace, where you can see these finds.

The magnificent and well-preserved mosaics that once decorated the floors of the palace depict ancient Roman subjects; animals, hunting scenes, and everyday life. 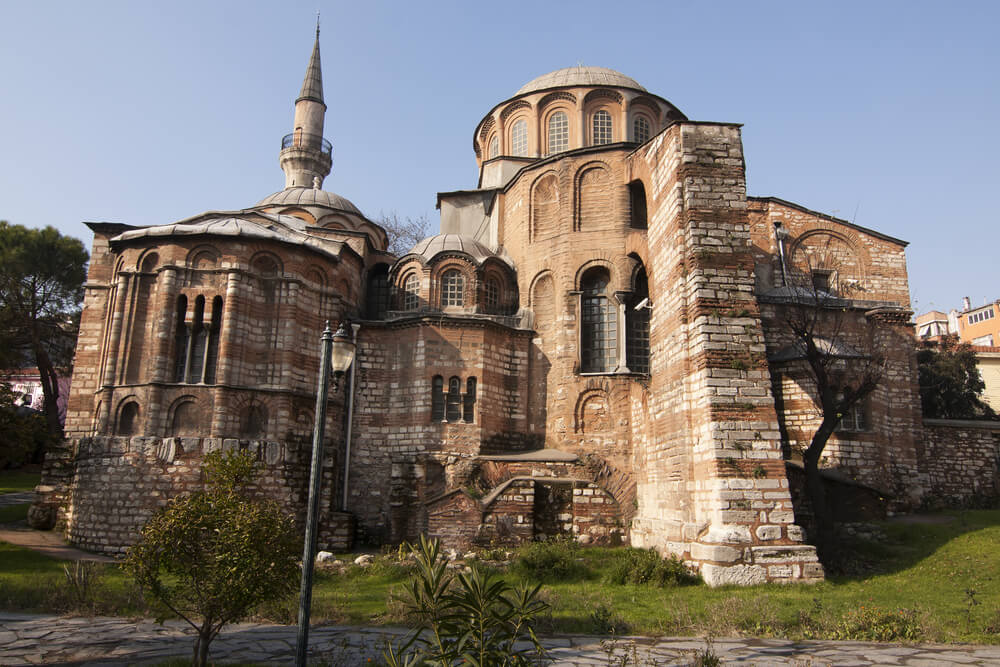 This church, transformed into a museum, is home to some of the world’s best Byzantine frescoes and mosaics from the 14th century. It was built as part of the monastery complex of the Choir, which for 600 years was one of the main Orthodox monasteries of Constantinople.

After the fall of the Byzantine Empire, the monastery was transformed into a mosque, and numerous mosaics and frescoes were plastered, which saved them from destruction. Since 1948, the Choir Church has been transformed into the Kariye Museum. 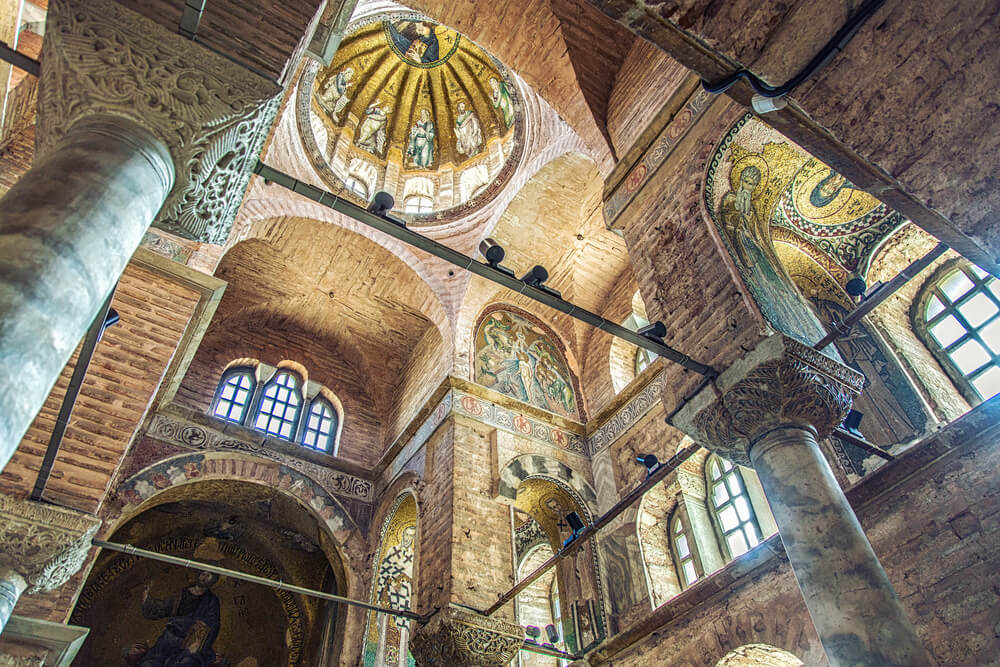 One of the gems of Byzantine culture, where you can see the original mosaics of the time of Constantinople. The basis of this building is the church, built approximately in the XII century. After the fall of Constantinople, under the Ottomans, the pulpit of the primate of the Church of Constantinople was located here for more than a century.

But in 1587, the church was converted into the Fethiye Mosque and rebuilt. But some of the ancient mosaics of the XIV century survived (due to the fact that they were simply covered up). Already in the XX century, they were restored, and the church became a museum where you can get acquainted with the Byzantine cultural heritage.