Istanbul is a majestic city of contrasts, palace intrigues of emperors, spicy spices of the oriental bazaar, and roasted chestnuts. Here, the heritage of the Ottoman Empire is intertwined with the heritage of the Byzantine Empire, and high fashion is intertwined with the centuries-old traditions of the Muslim country. This is a city that will not leave anyone indifferent—a city with the aroma of tulips, Turkish coffee, and oriental hookah. 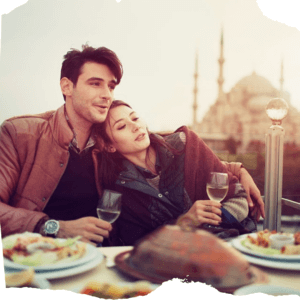 We offer you several interesting locations for a cozy and romantic mood in the majestic city of the Ottoman Empire. These include observation decks, restaurants in historic buildings, and famous rooftops.

1. Restaurant on the territory of the Maiden’s Tower (Kiz Kulesi)

The restaurant’s rating leader on the Maiden’s Tower territory is the most romantic place in Istanbul. Every second Turkish woman dreams of getting married here. The Maiden Tower (Kiz Kulesi) is a small island in the Bosporus, where a tower built by the Greeks in the 5th century BC is located. In different historical times, this oriental beauty performed different functions: it served as a lighthouse, was a hospital, a customs post, even a prison.

An interesting legend is connected with the construction of this landmark. It is rumored that the tower was built specifically for the sultan’s daughter, who was predicted by a clairvoyant to die before 18. The sultan, wishing to deceive fate, decided to put his daughter in a tower (which can only be reached by ship) and not let his daughter out of the small castle. On the day of her 18th birthday, the sultan had a double holiday: celebrating his daughter’s birthday; he was glad that the prediction did not come true. As a gift, the daughter was sent a bowl of fruit, in which a snake crawled. The princess died of a venomous bite, and the sultan sank into eternal melancholy, realizing that fate cannot be deceived. 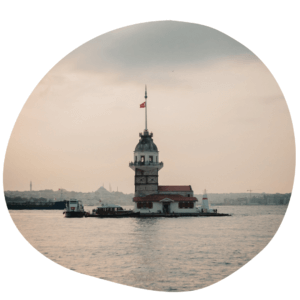 2. Embankment of the Uskudar district

We will not recommend certain places in this area, as the entire embankment is a romantic place for evening walks or meeting the sunset. Along the sea embankment, local residents have organized many small cafes with low chairs. Only drinks are on the menu. Be sure to try apple tea or traditional Turkish tea, which is prepared right in front of you (on the embankment, special boilers that heat water on a “live fire”).

Also, there are many hookah bars on the embankment, were sitting on soft pillows, you listen to the sound of the sea surf, feed the seagulls, and sip high-quality tobacco, being transported to a real oriental fairy tale. 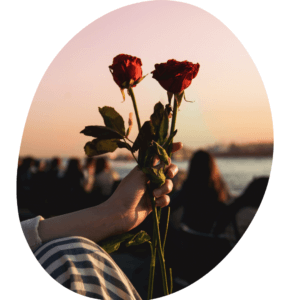 Del Mare fish restaurant with stunning panoramic views of the Bosporus Bridge. The building itself was built in the 1800s and was initially used as an elephant barn! Further, since 1900, as a factory for the production of alcohol. Then the building was restored and became a restaurant, which in 2014 was recognized as the best fish restaurant in the Asian part of Istanbul, and for the last 4 years, has received many European awards.

The restaurant is located in the Asian part of the city, but the European part can also be reached from the Kurucesme pier, from which small shuttle boats start (if you book a table in the restaurant in advance, this transfer is free of charge). Be sure to try marinated sea bass, traditional meze snacks, and grilled octopus here. 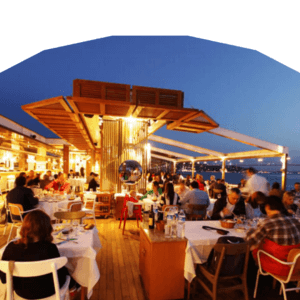 4. Restaurant at the top of the Galata Tower

During this visit, you will have dinner in the famous restaurant and enjoy the night view of Istanbul, the panorama of the Golden Horn from the highest tower of the city (Galata height-66 m). The restaurant is open until 24.00, and you can get to the observation deck by 20.00.

Please note that the attraction is quite interesting and popular, so there are usually many people (it is better to choose the last hours of the restaurant, after 21.00). But if you visit the restaurant in the daytime, you can take beautiful photos from the observation deck and then have a snack in the restaurant, especially since the desserts here are excellent (especially the traditional cake with caramel sauce Trileçe)!

The tower was built in the V century and was rebuilt several times due to constant earthquakes. It was originally built as a wooden lighthouse, later rebuilt into a stone tower-fortress, and acquired its current appearance only in 1937. 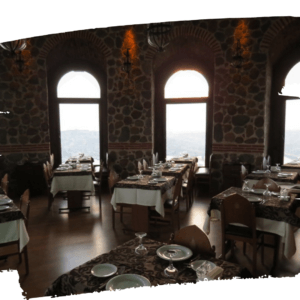 Skyscraper with a beautiful oriental name Sapphire. The skyscraper’s height, together with the spire, is 261 m; it has 64 floors, 10 of which are located underground and 54 above its level. Such dimensions allowed the glass giant to enter the top ten tallest buildings in Europe (2011). The observation deck is located on the 52nd floor (height 236 meters).

Despite the fact that the entrance ticket is paid there are always a lot of tourists. Awe-inspiring shots are obtained in the north of the terrace, where you can see the entire Bosporus Strait, from the point of its confluence with the Black Sea to the place of its junction with the Marmara. 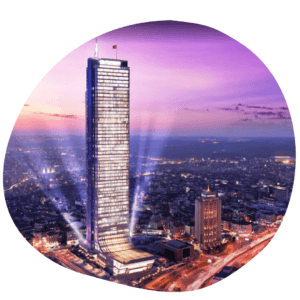