Istanbul is an amazing city, which opens up every time with a new side. It is interesting not only for its historical sites. There are many other attractions. One of the most interesting places for the whole family is Legoland in Istanbul. It is dedicated to the popular and loved by children around the world constructor Lego. It opened its doors to visitors on July 31, 2016, and quickly gained popularity with locals and tourists alike.

Legoland Park is located on two floors of the Forum Shopping Center. Visitors enter the play area through a corridor with landmarks from all over the world made of Lego: the Eiffel Tower in Paris, Big Ben in London, and the Statue of Liberty in New York City. You can not only admire the buildings, but also test how much you know about them. Near each exhibit is a screen with facts about it.

With the help of a button you have to choose the correct one out of several statements offered. If the answer is correct, the lights will turn on or the music will play.

The park is divided into several zones:

Miniland. In this zone, the main landmarks of Istanbul are built out of lego. The organizers tried not just to reproduce the architectural structures with the cubes, but to convey the spirit and atmosphere of the city, paying attention to detail. Near the Blue Mosque sits a cat, a frequent guest on the streets of Istanbul. A vendor walks along the road, selling bagels from his cart.

In the Taksim neighborhood, as in reality, there are renovations going on. If you press the button, the builder starts drilling the asphalt. 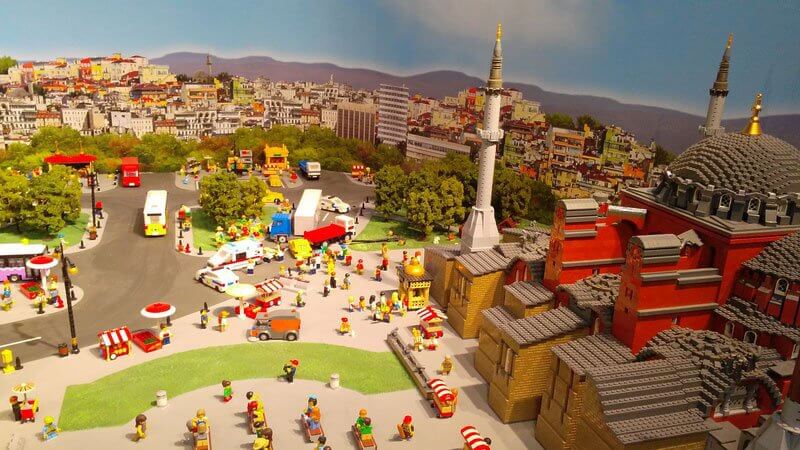 Lego play area. It has huge boxes filled with construction materials. From the parts of different sizes and shapes you can build anything you can think of. Adults and children enjoy spending time here.

Lego Duplo. This area with large cubes is designed for the little ones. Children are attracted by the cute cow that they can sit on and the farmer’s playhouse with the slide. Even toddlers can build their own structure with the soft and safe big cubes.

LEGO Racers: Build&Test. Here visitors will be invited to build a race car and test it.

LEGO Factory. Children will tour the factory with Professor Brick-a-Brack. They will be able to see the unwanted plastic parts they’ve collected and turn them into Lego cubes.

Workshops. On the first floor of Legoland, a separate room is set aside for master classes in assembling Lego models. On average, classes are held once an hour. The master class is in English, but fear not: the international language of Lego is understood by all children. 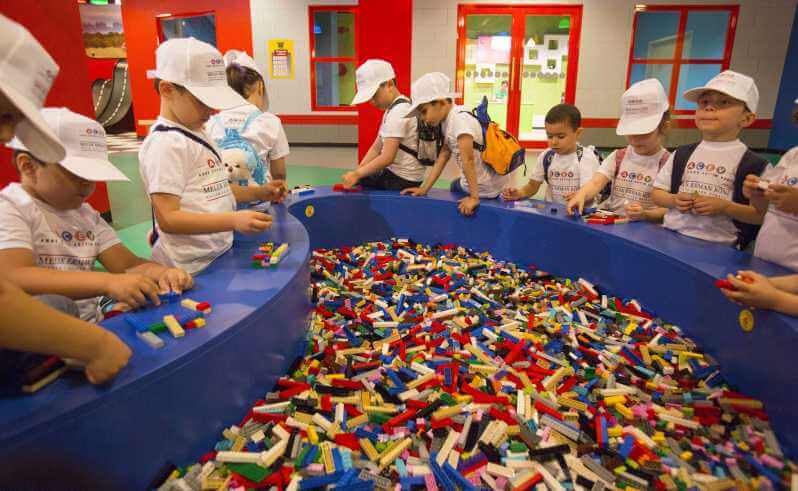 Attractions. Legoland has two of them. The goal of Kingdom Quest is to save the princess from the dragon. A dark tunnel leads to her place of confinement. On the way you must hit as many moving targets as possible with a gun with a laser sight. The second attraction – “Merlin’s Apprentice” is a stall with pedals. The faster you spin them, the higher you can go. Children under 90 cm are allowed on the ride.

4D movie theater. Its visit is included in the price of the admission ticket. Here they show short movies, the main characters of which are lego-humans. The characters speak Turkish, but the plot is simple. Even without knowledge of the language it will be understandable, and the 4D effects in the form of rain, wind, snow help to overcome the language barrier and fully immerse yourself in the action.
Lego Cafe. A spacious room with tables is decorated in the Lego-construction style. Here you can have a cup of tea, coffee or lunch.
Store. On the territory of the park works store, where you can buy your favorite Lego sets. 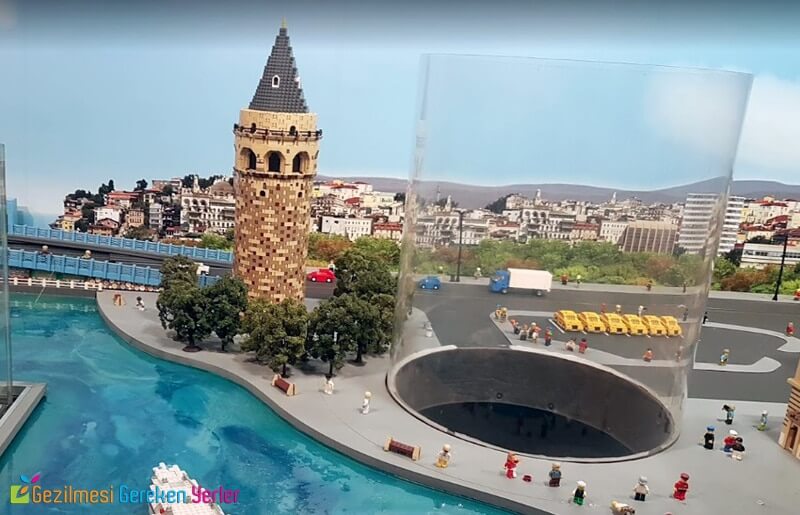 Please note! In the layout, there are special gaps so that children can take pictures against the background of the lego-buildings.

Legoland is always lively. On weekdays, children from Turkish schools and kindergartens come here for a tour, and on weekends, families with children come here. In Legoland you can celebrate a child’s birthday. There is a special room for this where you can sit and eat treats.

Important: For moms with babies there are rest rooms with a changing table, where you can feed your baby, change clothes and change diapers.

The doors of Legoland are open to visitors every day. The park begins its work at 10.00, and closes at 19.00. Tickets are sold in the ticket office ends an hour before closing time – at 18.00. 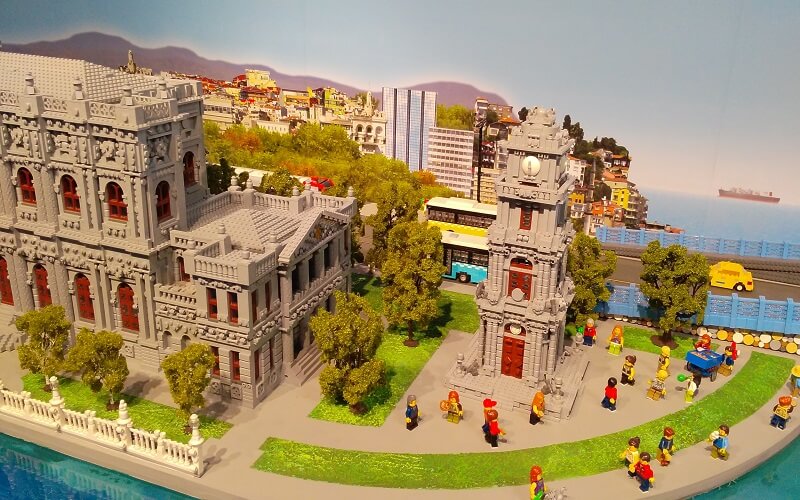 How to get to Legoland Park?

Legoland Park is located in Bayrampaşa in the modern Forum Shopping Center, opened in 2009. It is close to a bus stop, subway station, a major bus station Esenler, so it is easy to get here.

Important: It may take longer to travel by bus, as traffic jams on Istanbul’s streets are a frequent occurrence.