Galataport, Istanbul – Port of the Year’ in the world

Istanbul Joy will tell you what Galataport is, how to get there, and what cafes to visit.

Karaköy is a unique historical quarter rich in sights. For a long time, the waterfront of the quarter, stretching from the Golden Horn to the entrance to the Bosphorus Strait, was closed to the public. The total length of the waterfront is 1.2 km.

Today, where the citizens are used to seeing scaffolding and closed territory, built a complex Galataport.

Galataport is an entire city, including an underground cruise terminal, hotel, streets with cafes, stores and restaurants, exhibition areas, as well as a real boulevard on the sea, which offers magnificent views. 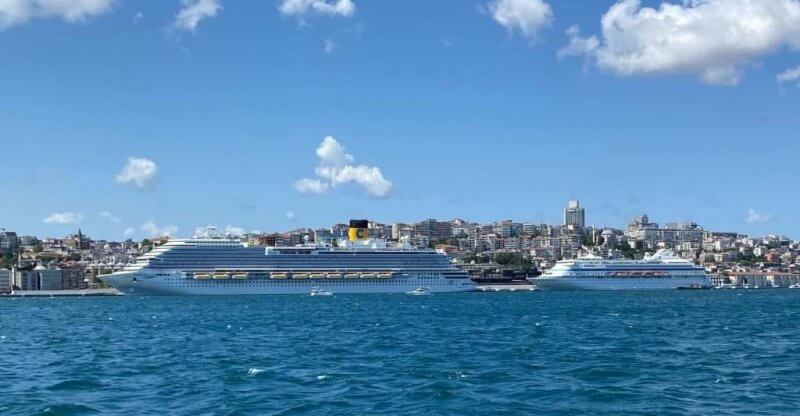 Galataport in Istanbul is:

The home port for cruise liners in Istanbul, Galataport, is not only characterized by its elaborate infrastructure, concise design, combination of modern innovations with preservation of historical heritage, but it is also the world’s first sub-change terminal.

In fact, the Galataport project transformed the waterfront of the Karaköy quarter, which had been closed for a long time, into one of the most beautiful waterfronts in the city. Walking along it, we can enjoy magnificent views at any time of the day – from here we can see the old city of Sultanahmet with the minarets of the Blue Mosque and the Hagia Sophia, Topkapi Palace, Asian Istanbul with the Çamlıca Mosque and the TV Tower, the Bosporus Strait. 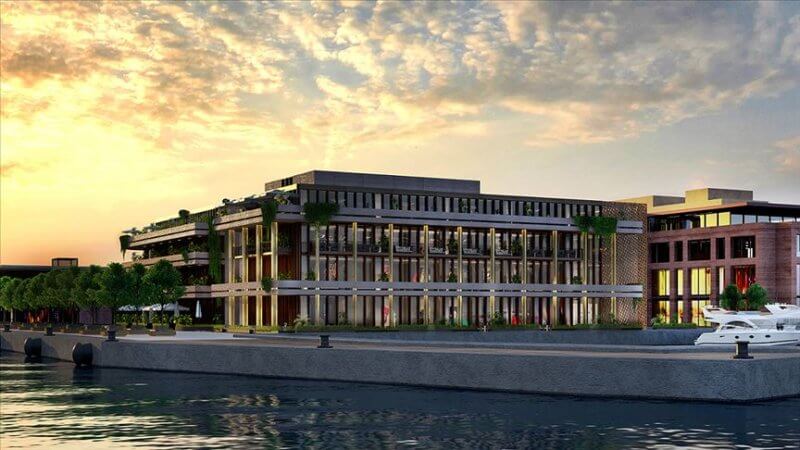 When we talk about underground terminal, we mean all activities related to the passenger service without affecting their comfort and the comfort of the visitors of Galataport complex, Karaköy quarter and in general without damaging the urban environment. Passport control and customs, luggage procedures, organization of cab and bus traffic – all this takes place in the underground terminal, which is 4 floors long.

When there are no liners in the port, the promenade is completely open for promenade, because the customs and security services are separated so as to relieve the land area from crowds as much as possible.

The emphasis on modernity and new technology, in this case, means also the integration of the project into the environment – Galataport is located in the historical quarter of Karaköy, where there are landmarks at every step.

Thus, the area also includes the Contemporary Art Museum and Mimar Sinan University, the square with the Tophane pavilion and clock tower, and the Nusretiye Mosque. 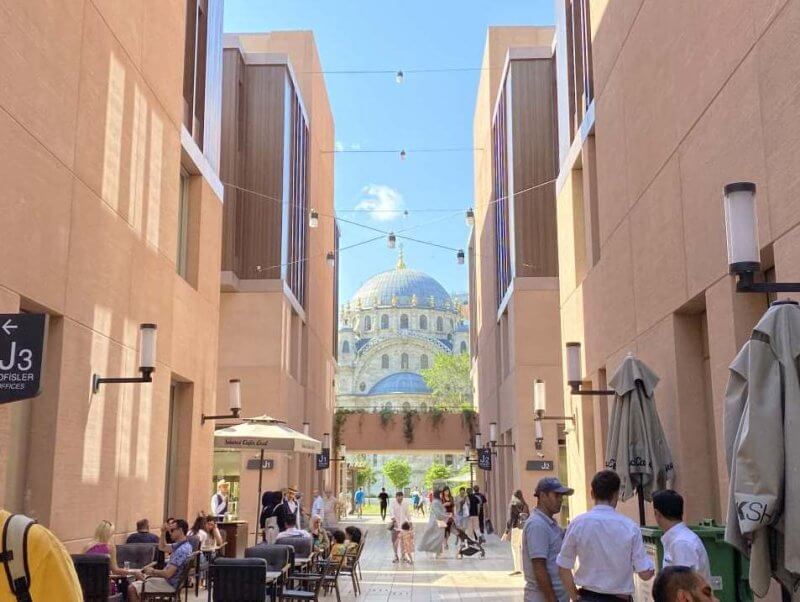 The Museum of Painting and Art was opened in 2004 and has become popular with both local residents and visitors to the city. The new building will house not only exhibition halls, but also various workshops, a library, a designer store and a cafe.

The Museum of Painting and Sculpture is located on the upper floors of the Mimar Sinan University building and presents visitors with exhibits from the late Ottoman era to the present day.

Historic Khans.
The historic building located closer to Şehir Hatları Marina in Karaköy was built between 1910 and 1914. The larger one is called Merkez Han and is now partially under restoration while its smaller counterpart, Çinili Han

Hotel
In the near future, one of the hotels of the chain Peninsula Hotels will be opened on the territory of Galataport.

The hotel, with 176 rooms, will be partially located in the two buildings we mentioned above – Merkez Han and Çinili Han, and the hotel lobby will receive guests in the passenger terminal building.

Thus, hotel guests will have not only a great view, but also service of a high level. Good location, transport accessibility, plenty of stores, cafes and restaurants nearby will help to make the hotel guests’ stay as interesting and comfortable as possible.

Galataport is a collection of well-known and worthy restaurants and cafes in Istanbul. And who is worthy of the title of the best, you decide:) Among them:

Built in 1848 by order of Sultan Abdulmecid, the clock tower is of neo-classical style. Above the door, which looks out to the sea, is the sultan’s thugra.

The tower was placed close to the sea and after a while began to lean towards it because of the weight of the flagpole.

During the restoration of the tower, it was found that a part of it, in fact an entire floor of 140 cm, was under the ground layer.

Today, the Nusreti Clock Tower, its second name, appears before us in all its glory. 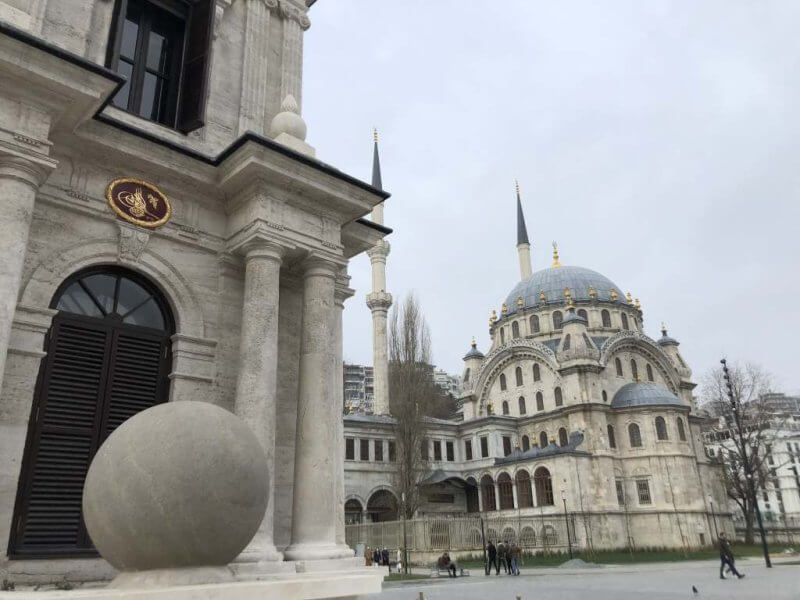 The Tophane Pavilion is located between the Nusretiye Mosque and the Tophane Fountain, and is hidden from the eyes of strollers behind the park trees.

The pavilion was built in 1852 by the architect William James Smith, during the reign of Sultan Abdulmecid. It was here that guests arriving by water at Tophane Wharf were accommodated.

This unique building witnessed historic events – it was here in 1858 that the Sultan received the Grand Duke of Russia, the younger brother of Tsar Alexander II, Konstantin Nikolaevich.

Another important event, the signing of the peace treaty that ended the Greco-Turkish War, took place in the Tophane Pavilion, in the presence of the ambassadors of the Great Powers. 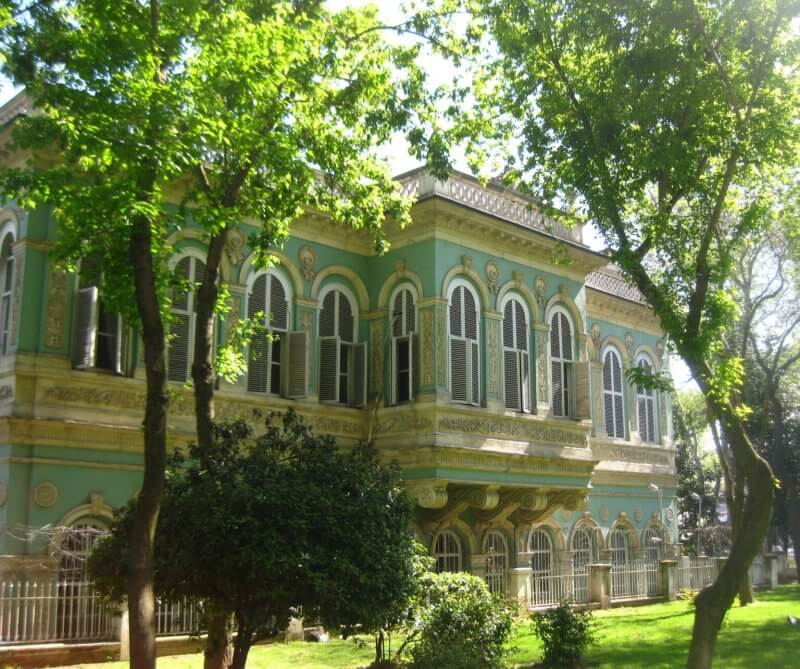 The interior decoration of the mosque looks exquisite and the numerous stained-glass windows create the effect of airiness and light in the room.

Do not forget that to visit the Muslim shrine you must remove your shoes and women should cover their heads with a scarf. 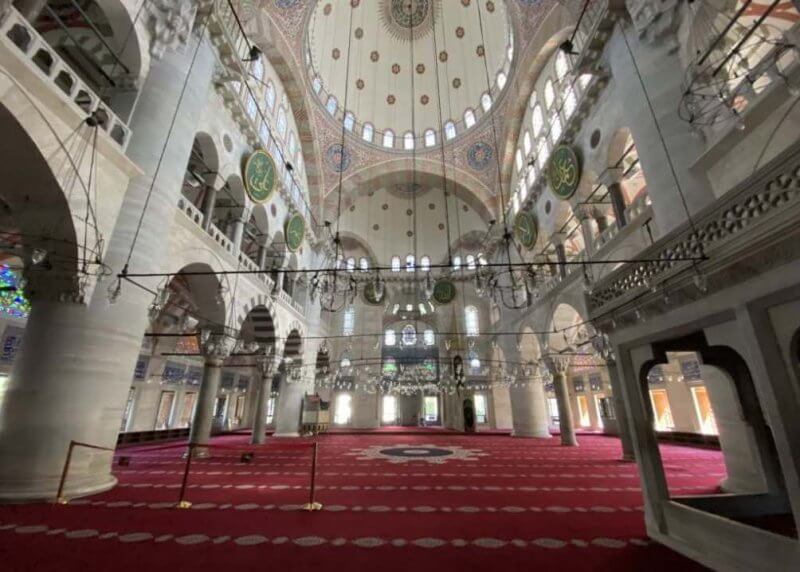