Bosphorus: Learn About the Beautiful Istanbul Strait in 4 Sections

Here on this post we are going to take a look at the Bosphorus, which is surely one of the reasons why Istanbul is a wonderful city. A great deal of people from different parts of the world come to Istanbul to see this incredible city. In fact, it is one of the most visited cities by tourists. There can be various reasons behind Istanbul’s popularity among visitors. Its extraordinary vibe, architectural and natural beauties and many cultures combining perfectly together in this city can be included in those reasons for sure.

But all the wonderful features of this city aside, one of the first things to come to mind when we are talking about Istanbul is the Bosphorus without a doubt. In this blog post, you can read about the history of Bosphorus and its geographical features. Moreover, you can learn about some attractions to see and discover around the Bosphorus. This way, your trip to this wonderful city can be much more fun when you learn about this strait beforehand.

The History of the Bosphorus and the Origins of Its Name

Bosphorus is a strait in Istanbul. This strait’s most important feature is that it divides Asia and Europe. Besides, it allows the Marmara and Black Seas to connect to each other. The strait takes its name from the word “bosporos”, which is a word that belongs to the Ancient Greek language.

This word means “cattle gate” and it is from a story in Greek mythology. According to this story, Zeus falls in love with a girl called Io who is the daughter of the first king of Argos, Inachus. Then Zeus and Io start a relationship together. But Zeus keeps this relationship a secret from his wife Hera, the goddess of marriage. Right before Hera was about to find out about their relationship, Zeus turns himself into a cloud and Io into a cow. The name of this strait is thought to have come from this myth.

Many civilizations have lived in the places around the Bosphorus throughout history. But it first started to improve when Greeks founded a state in the area in the 7th century BC. For years many different civilizations have controlled this strait. Now it is under the control of Turkey and it is also known as the one of the Turkish Straits because of it.

Geographical Features of the Strait

This waterway in Istanbul is thought to have taken its shape in around 6800 BC. There are many theories about how this strait was formed. Simply put, many experts think that the Bosphorus was formed as a result of a flood.

According to the theory, the water levels rose in the Mediterranean and Marmara Seas. Then because of this, they connected to the Black Sea through this waterway. While many scientists think that this strait has formed during the 7th millenium BC, some think that it may have happened earlier than this.

Importance of the Bosphorus 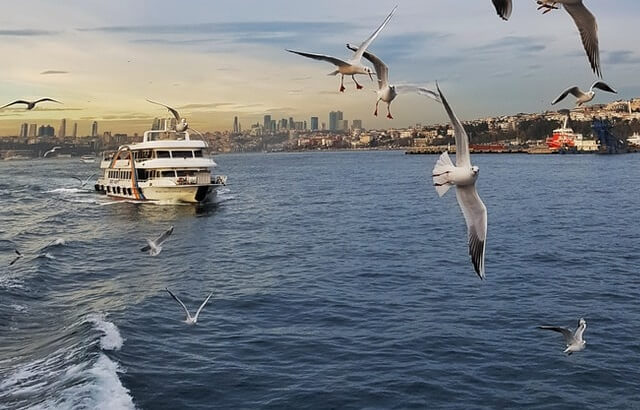 Bosphorus has a huge importance in terms of so many things such as strategy and geopolitics. For instance, many countries in Eastern Europe need to use this waterway if they want to get to the high seas such as the Mediterranean.

Besides its strategical importance, this strait is the symbol of Istanbul, which has served as the capital city of many different states throughout history. So during the time when different empires held this city, they also had the advantages that came along with it. To give an example, the ships that wanted to use the strait needed to pay a fee to Ottoman Empire when Istanbul was controlled by the Ottomans.

Attractions and Structures Around the Bosphorus 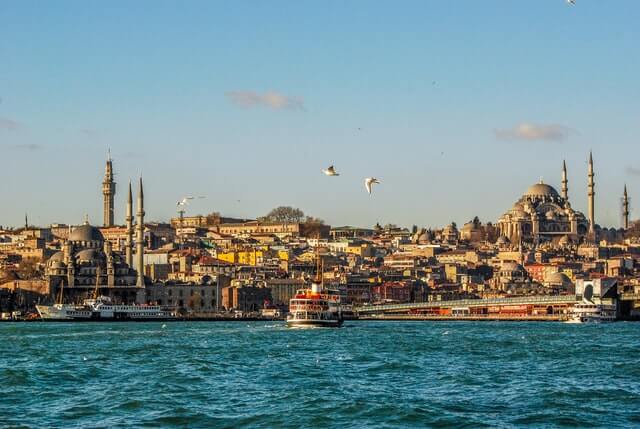